Sam Holt Joins the Interstellar Boys On The Road This Summer 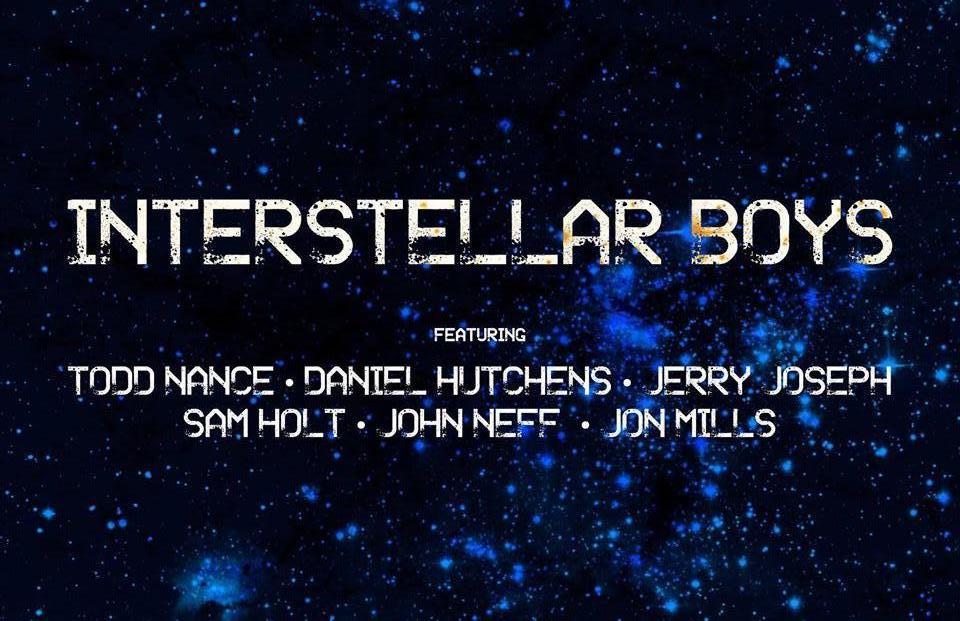 The Interstellar Boys are first and foremost borne from a collection of friendships. Musical friendships that date back as far as 30 years. Todd Nance, Daniel Hutchens, Jerry Joseph, Sam Holt, John Neff and Jon Mills have shared stages and songs over the years and now form a new band that draws on those decades of collaboration. Todd Nance brings undeniable experience and depth to the band as a founding member/drummer/songwriter of Widespread Panic. Daniel Hutchens has been a driving force with the band Bloodkin for 29 years (and counting) and he is widely recognized as one of the South’s great modern day songwriters. Jerry Joseph and his various bands have been recording and touring on a national/international scale since the 80’s. Jerry’s expertise as a musician/songwriter is as unquestionable as his passion for sharing the power of music. He has recently toured and taught music in such far flung places as Afghanistan, Ghana and is soon to perform in Iraq. Sam Holt brings a reverence and intensity to playing the guitar that energizes the faithful fans of this community in a way that is second to none. John Neff(formerly of Drive-By Truckers) is the secret weapon that adds depth and soul via the pedal steel. And Mr. Jon Mills (professor emeritus of bass in the Athens, GA music scene) is the glue that keeps the whole thing tastefully held together.

Fans and industry veterans alike will find this band a compelling draw for its maiden voyage this summer season as evidenced by comments from Raleigh, NC based talent buyer Chris Malarkey (Lincoln Theatre): “When I was first approached about the possibility of bringing this lineup to town I thought 'man, this is too good to be true'. The thought of some of the most talented musicians to ever to walk through the doors of my venues joining forces not just for a show, but for a new band, seemed farfetched at best. But, somehow, someway the stars aligned, schedules were cleared and plans were made. The Interstellar Boys are real. What I can only describe as a dream band is booked.”

This accomplished group of musicians and songwriters look to explore new terrain touring together this summer….and have their eyes on the horizon to create some new material, get into the studio and keep pushing boundaries as they have always done.