New Dates! Sam Holt Band on the road in February 2023 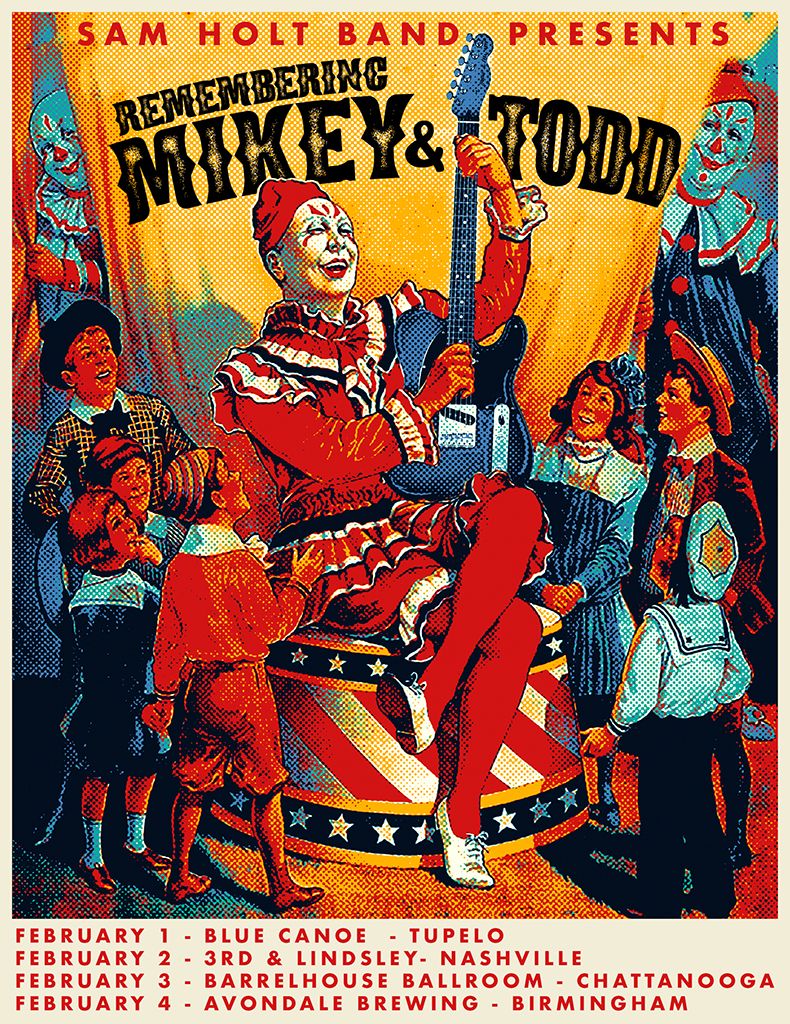 Athens, GA — (December 9, 2022) — Sam Holt Band announced today four shows in the southeast to celebrate the 37th year anniversary of the first Widespread Panic show on February 6, 1986, and the lives of Michael Houser and Todd Nance. Houser was the founding guitarist and Nance was the founding drummer for Widespread Panic. Houser succumbed to pancreatic cancer in August 2002 and Todd Nance passed away in August of 2020. Holt also performed with Widespread Panic many times after Michael's departure and went on to form the band Outformation. In 2014, Holt moved to Athens, GA, and played in several bands with Todd Nance, including The Interstellar Boys.

The Sam Holt Band is Adam Grace, keyboardist for Truth & Salvage Co., Ross Parker on bass, and Jeremy Ward on drums. The show will feature tunes from Houser's posthumous album Sandbox, as well as the classic songs Houser and Nance wrote for Widespread Panic–and original material that was inspired by and written for the late Michael Houser by Sam.